The Illawarra Kung Fu Academy is run by Sifu Alan Baxter, ably assisted by a team of dedicated instructors.

Sifu Alan has had over forty years experience in the martial arts, studying a number of different martial styles, including Judo, Karate, Muay Thai and several styles of Kung Fu before discovering his true home and passion in Chan Family Choy Lee Fut. Sifu Alan has Instructor certification from the UK, the US and Australia. In 1996 he won the British Wutan Federation National Championship title. Since 2009, Sifu Alan has taught Chan Family Choy Lee Fut Kung Fu & Lohan Qi Gong on the South Coast of NSW, Australia.

For many years Sifu Alan was a practicing Personal Trainer, fully qualified through the Fitness Institute Australia.

Sifu Alan is continuously studying to improve his knowledge, regularly training both in Australia and China, as well as teaching in National and International seminars.

Some of Sifu Alan’s professional qualifications are:

Sifu Alan with the Gao Lung Cha, the signature weapon of the Founder of Choy Lee Fut, Chan Heung.

Halinka also has many years of child care experience which she brings to the Kids Kung Fu classes to make those classes a fun and safe learning environment.

Both Sifu Alan and Sifu Halinka are qualified Senior First Aiders and both have Working With Children certification. 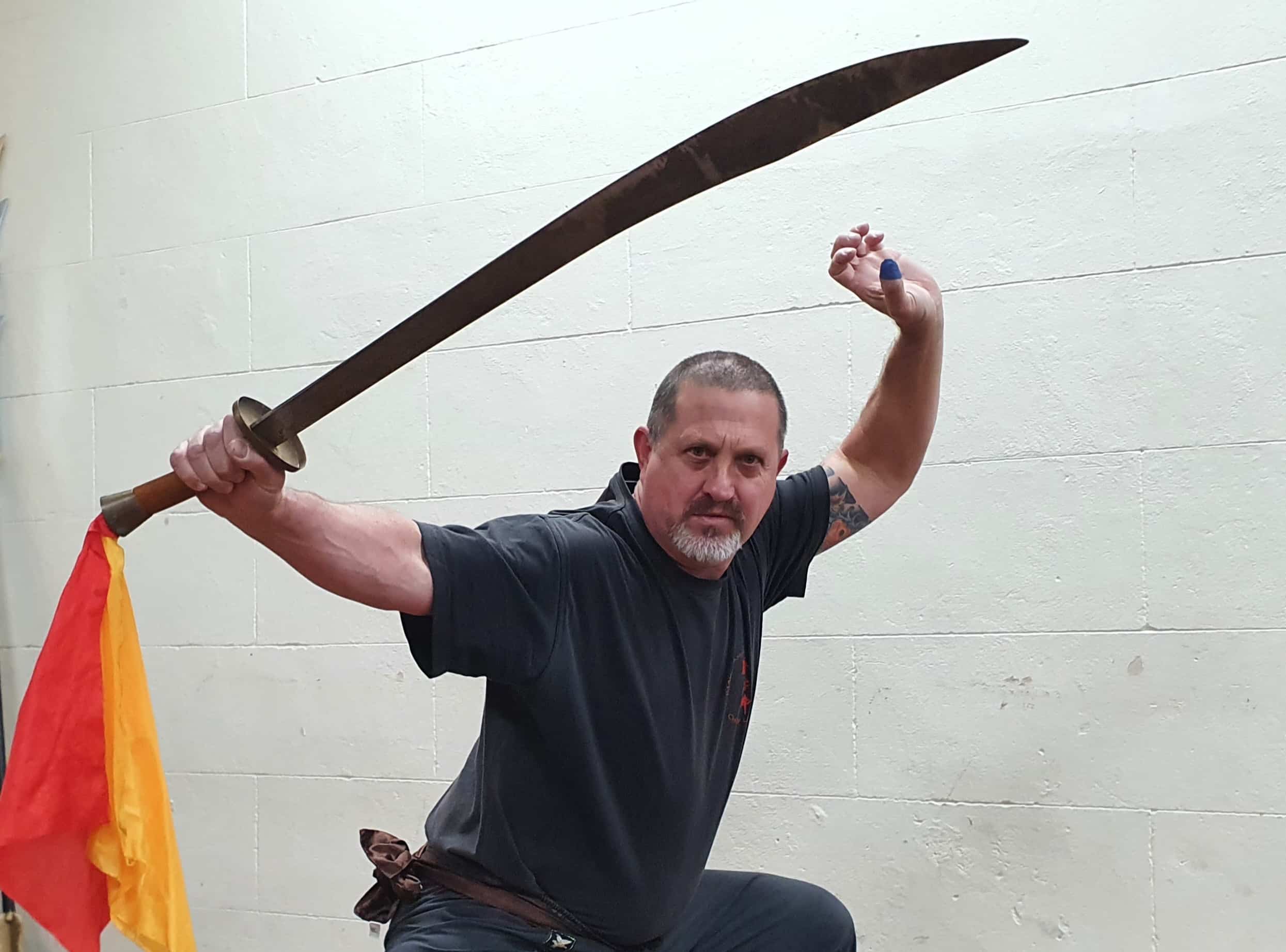